and is not open to the public. (South Broadway at West Clinton Avenue) Shadowbrook (1895), is a 9-acre estate built for banker Henry Graves, located at... 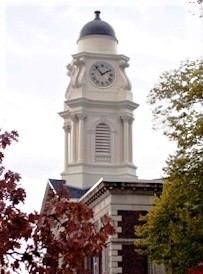 Irvington, sometimes known as Irvington-on-Hudson, is an affluent suburban village in the town of Greenburgh in Westchester County, New York, United States. It is located on the eastern bank of the Hudson River, 20 miles (32 km) north of midtown Manhattan in New York City, and is served by a station stop on the Metro-North Hudson Line. To the north of Irvington is the village of Tarrytown, to the south the village of Dobbs Ferry, and to the east unincorporated parts of Greenburgh, including East Irvington. Irvington includes within its boundaries the community of Ardsley-on-Hudson, which has its own ZIP code and Metro-North station, but which should not be confused with the nearby village of Ardsley, New York. The population of Irvington at the 2010 census was 6,420. In 2018, it had an estimated population of 6,498. Because many of Irvington's residents–especially those in the upper income brackets–live in Irvington and work in New York City, the village has a reputation as a "commuter town" or a "bedroom community".The village's half-mile-long (0.8 kilometers) Main Street area has been designated as a historic district by New York State and on January 15, 2014, was added to the National Register of Historic Places. In 2010, Westchester Magazine ranked Irvington as the "Best Place to Live in Westchester".