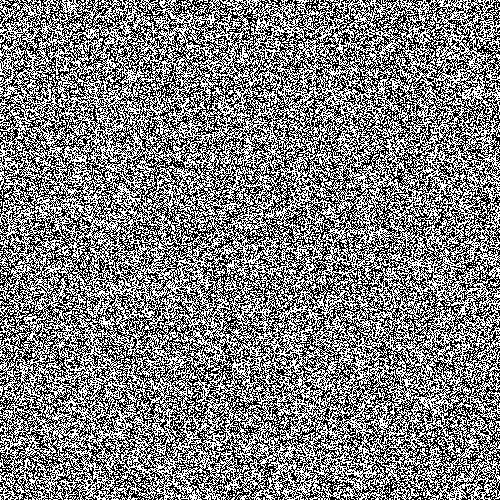 In the common parlance, randomness is the apparent lack of pattern or predictability in events. A random sequence of events, symbols or steps often has no order and does not follow an intelligible pattern or combination. Individual random events are by definition unpredictable, but since they often follow a probability distribution, the frequency of different outcomes over numerous events (or "trials") is predictable. For example, when throwing two dice, the outcome of any particular roll is unpredictable, but a sum of 7 will occur twice as often as 4. In this view, randomness is a measure of uncertainty of an outcome, rather than its haphazardness, and applies to concepts of chance, probability, and information entropy. According to Ramsey theory, ideal randomness is impossible especially for large structures. For example, professor Theodore Motzkin pointed out that "while disorder is more probable in general, complete disorder is impossible". Misunderstanding of this can lead to numerous conspiracy theories. Cristian S. Calude stated that: "given the impossibility of true randomness, the effort is directed towards studying degrees of randomness". It can be proven that there is infinite hierarchy (in terms of quality or strength) of forms of randomness.The fields of mathematics, probability, and statistics use formal definitions of randomness. In statistics, a random variable is an assignment of a numerical value to each possible outcome of an event space. This association facilitates the identification and the calculation of probabilities of the events. Random variables can appear in random sequences. A random process is a sequence of random variables whose outcomes do not follow a deterministic pattern, but follow an evolution described by probability distributions. These and other constructs are extremely useful in probability theory and the various applications of randomness. Randomness is most often used in statistics to signify well-defined statistical properties. Monte Carlo methods, which rely on random input (such as from random number generators or pseudorandom number generators), are important techniques in science, particularly in the field of computational science. By analogy, quasi-Monte Carlo methods use quasi-random number generators. Random selection, when narrowly associated with a simple random sample, is a method of selecting items (often called units) from a population where the probability of choosing a specific item is the proportion of those items in the population. For example, with a bowl containing just 10 red marbles and 90 blue marbles, a random selection mechanism would choose a red marble with probability 1/10. Note that a random selection mechanism that selected 10 marbles from this bowl would not necessarily result in 1 red and 9 blue. In situations where a population consists of items that are distinguishable, a random selection mechanism requires equal probabilities for any item to be chosen. That is, if the selection process is such that each member of a population, say research subjects, has the same probability of being chosen, then we can say the selection process is random.